“Can We Talk?” Eight Things to Know When Talking to a Man You Love by Tisha Smith, MA, LPCMH

Steven nestled himself into bed after a long, stressful day. He had a lot on his mind with work and the possible downsizing at his company. His wife Barbara lay pensive and silent next to him. He could hear her soft breathing and a familiar sigh. Steven knew what was coming next. He tried to feign sleep but he knew this charade was merely postponing the inevitable.

Another sigh from Barbara. AND…

“ UGH!!”, Steven whispered under his breath.

Barbara had a lot on her mind. The kids were crazy today and she had a disagreement with her sister that was really bothering her. Lately, she had felt distant from Steven and wondered if he still loved her. She wanted to tell him about her day. She wanted to feel connected to him. He hadn’t told her he loved her in what felt like a very long time.

How do you imagine this scenario may have played out? Perhaps it feels familiar? Have you ever felt your man pull away when you try to initiate conversation the way Barbara did? There are some interesting reasons why he may pull away when you want to talk the most.

So what happened with Steven and Barbara you ask? Nothing!!

Barbara decided on her own that Steven’s “ugh” was a signal he was too tired to talk or listen. She decided she didn’t need to feel hurt or rejected because he seemed unavailable; after all she knew bedtime was not the greatest.

She said, “ Steven, I have so much I want to share with you tomorrow, the kids, and my sister and stuff about us, but…It’s ok, we can talk tomorrow.”

Steven silently felt grateful and he loved Barbara so much for understanding him. He held her tight and kissed her lovingly good night, never saying a word. 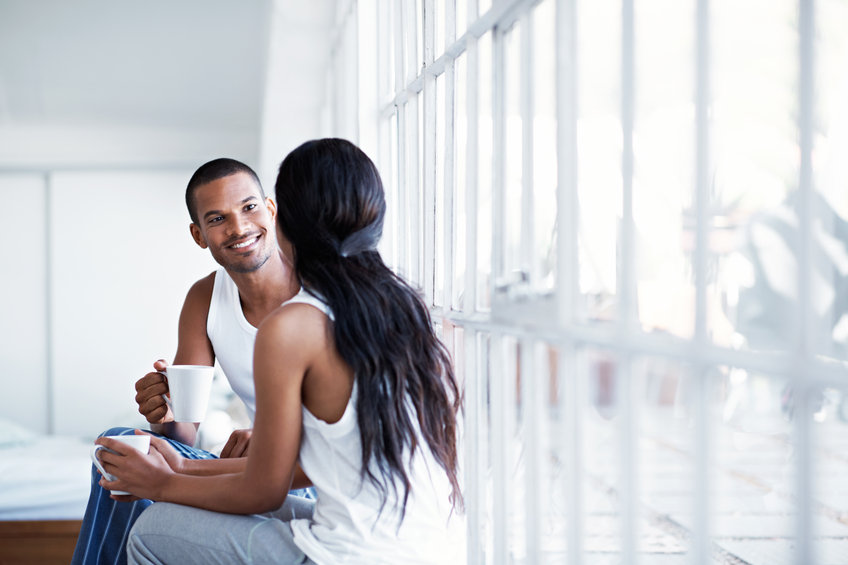