Why Do We Blame the Victim? By Kim Champion, Ph.D.

Imagine this scenario: You are sitting on the bus at a popular stop and a kindly older woman is sitting across from you in the seats that face the aisle. She is smiling at people as they walk by to exit the bus, when suddenly, the last man to exit grabs her purse from her lap and pushes his way quickly off the bus. What is your reaction? “Does it make sense to go after him?”, “Should I call 911?”, “Is she okay?”, “Wow! That was a terrible thing for that man to do.” Or would it be: “Doesn’t she know better than to carry a purse?”, “What is she doing in this part of town?”, “She invited the mugger to take her purse because she was so pleasant to everyone.”?

If yours would be the first set of responses, congratulations! Those responses leave the blame with the person who perpetrated the crime, not the victim. This example may seem silly, but, unfortunately, in many scenarios such as bullying, domestic violence, rape, or childhood sexual abuse, responses like the second set are all too common.

When we question someone about his or her sexual history, wardrobe, or general credibility when he or she discloses sexual assault, we are subtly (or not so subtly) shifting the blame from the rapist who perpetrated a violent, abhorrent act to the victim. Blame shifting leads to more shame and emotional distress for the victim. It is destructive and gets in the way of the healing process. It also may result in the crime going unreported. We wouldn’t do this to the kindly woman on the bus, so why do we do it in these circumstances?

Blaming the victim is common for sexual assault and domestic violence; we see it all over the internet, in the media, in the workplace and faith communities, and in our own living rooms. We are tempted to do it even when we have no personal investment in exonerating the perpetrator. Research shows that blaming the victim helps us to reduce our own feelings of discomfort and vulnerability. When we say someone shouldn’t have been in that part of town or should have been wearing a longer skirt, we distance ourselves from the discomfort of acknowledging what really happened and we enhance our sense that we can keep ourselves safe. We also avoid the unpleasant reality that a human being chose to inflict horrible suffering on another human being.

By realizing how often victims are blamed and by being clear in our own minds and our own words about the difference between the victim and the perpetrator, we can change the frequency of blame shifting. 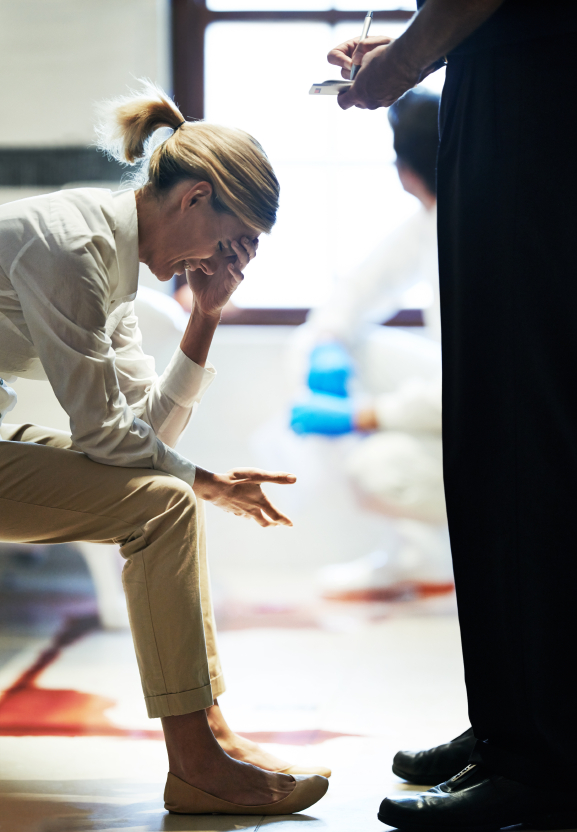