Is there someone in your life you are struggling to forgive? Or an event that was so painful in your life, you simply can’t reconcile it? As a counselor, I find that one of the most difficult issues I face in therapy is that of forgiveness. So many unjust things happen in this world – murders, sexual crimes, painful divorces, child loss, cancer, terrorism, and abuse—to name a few. The common denominator in all of these events is some kind of unimaginable, excruciating loss. A loss can create anger and blame, sometimes blame that is easily placed on a person or offender who may have caused the loss. Even worse, sometimes this offender is non-repentant, doesn’t know how they have hurt you, or is even deceased. So how does one forgive in light of suffering and loss, particularly when it is unjust or intentional?

I am no expert on what this looks like but was inspired to do some research because of my desire to understand the concept of forgiveness better—for myself and for clients. I often hear clients say they don’t want to forgive a perpetrator because it “lets them off the hook” or “shows the person that what they did is okay.” Everett Worthington Jr, in his book Forgiving and Reconciling, describes forgiveness as a gift. He believes that forgiveness is an “altruistic gift that is more effective than when we forgive only for our own benefit in an effort to ‘get over’ the hurt.” This author compared studies of people who forgave for their own benefits (better health, less anger) versus those who forgave the perpetrators for their sake. Surprisingly, he found that the second group—the ones who gave forgiveness as a gift—actually had achieved more lasting forgiveness, weeks and even years later.

If you’re like me, it’s hard to imagine doing anything kind for someone who has inflicted pain your life. But I also believe in the power of God’s love and power to get under these deep pains. Worthington says, “only love, empathy, compassion and humility are strong enough and brave enough” to enter the battle of forgiveness. This battle is an intentional one that each of us has to be willing to engage in, in order to achieve forgiveness. Important feelings of hurt must be addressed and validated to even get close to beginning this process. Once these feelings have been appropriately responded to, Worthington describes the complex process as consisting of at least three components: experiencing a growing empathy for perpetrators, gaining humility to recognize our own ability to cause deep hurts in others, and experiencing gratitude for all that we do have, which he says can be a powerful impetus to move towards forgiveness.

This blog post only touches the tip of the iceberg in research and concepts of forgiveness, but I encourage you to search within yourself. Look over the hurts in your life. Are you bearing hurt from years ago or still struggling to get over some very real, recent hurts? Bring these thoughts to a counselor to explore, and to our very real and present God who says, “Finally, all of you, live in harmony with one another; be sympathetic, love as brothers, be compassionate and humble. Do not repay evil with evil or insult with insult, but with blessing, because to this you were called so that you may inherit a blessing.” (1 Peter 3:8-9). 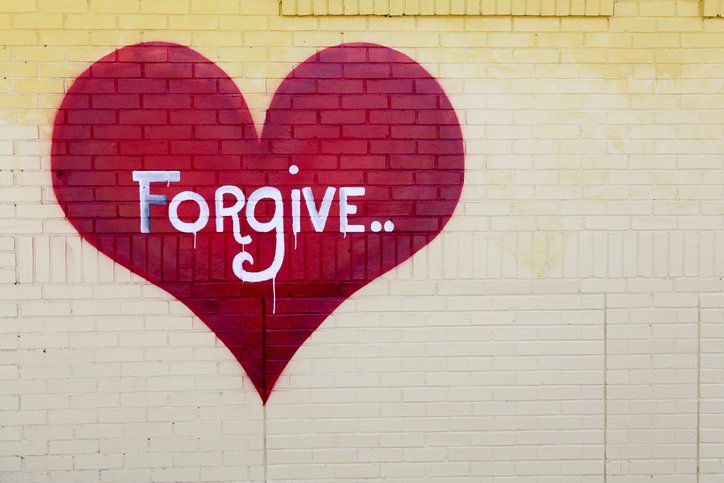